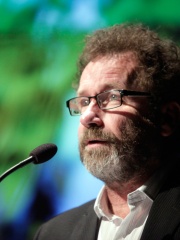 Per Petterson (born 18 July 1952 in Oslo) is a Norwegian novelist. His debut book was Aske i munnen, sand i skoa (1987), a collection of short stories. He has since published a number of novels to good reviews. Read more on Wikipedia

Page views of Per Pettersons by language

Among writers, Per Petterson ranks 2,573 out of 5,794. Before him are Jules Supervielle, Henry Darger, Mukaghali Makatayev, Rahel Varnhagen, Đura Jakšić, and Shirley Jackson. After him are Isaac Deutscher, Juan Pablo Bonet, Aleksandr Tvardovsky, Winston Graham, Tang Xianzu, and Amrita Pritam.

Among people born in 1952, Per Petterson ranks 134. Before him are Yoshitaka Amano, Vinnie Vincent, Johann Schneider-Ammann, Mahmoud Jibril, David A. Stewart, and Fatos Nano. After him are Amir Peretz, Anote Tong, Alfre Woodard, Jean-Dominique Bauby, Vasco Rossi, and David Knopfler.

Among WRITERS In Norway