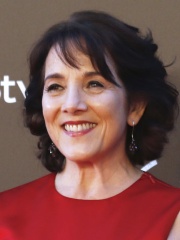 Paulina García Alfonso (born 27 November 1960), better known as Pali García, is a Chilean actress, stage director, and playwright. García debuted on television with a small role in the telenovela Los títeres (1984), but she was soon known for her theatre direction and for her various performances in films such as Tres noches de un sábado (2002), Cachimba (2004), Casa de remolienda (2007) and Gloria (2013). García has received four nominations for the Altazor Awards, winning on one occasion, and three for the APES Awards — the Chilean Arts and Entertainment Critics Awards—winning twice. Read more on Wikipedia

Among ACTORS In Chile