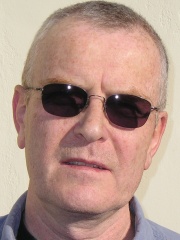 Patrick Condell (born 23 November 1949) is a British writer, polemicist, and former stand-up comedian. In his early career he wrote and performed in alternative comedy shows during the 1980s and 1990s in London, winning the Time Out Comedy Award in 1991. Read more on Wikipedia

Since 2007, the English Wikipedia page of Pat Condell has received more than 305,882 page views. His biography is available in 16 different languages on Wikipedia making him the 3rd most popular youtuber.

Among youtubers, Pat Condell ranks 5 out of 13. Before him are PewDiePie, Smosh, Rémi Gaillard, and Daniel Howell. After him are Shane Dawson, Marzia Bisognin, Markiplier, Jenna Marbles, Michael Stevens, Zoella, and Ryan Higa.

Among YOUTUBERS In Ireland

Among youtubers born in Ireland, Pat Condell ranks 1. After him are Jacksepticeye (1990).