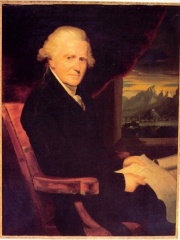 Filippo Antonio Pasquale de' Paoli (Italian: [fiˈlippo anˈtɔːnjo paˈskwaːle de ˈpaːoli]; French: Pascal Paoli; 6 April 1725 – 5 February 1807) was a Corsican patriot, statesman and military leader who was at the forefront of resistance movements against the Genoese and later French rule over the island. He became the president of the Executive Council of the General Diet of the People of Corsica and wrote the Constitution of the state. The Corsican Republic was a representative democracy asserting that the elected Diet of Corsican representatives had no master. Read more on Wikipedia

Pasquale Paoli is most famous for being the first president of the Corsican Republic.

Among politicians, Pasquale Paoli ranks 1,706 out of 15,577. Before him are Jehoash of Judah, Koxinga, Edward of Westminster, Prince of Wales, Crown Prince Sado, Talaat Pasha, and Maria Manuela, Princess of Portugal. After him are Nadezhda Alliluyeva, Charles Edward Stuart, Charles Albert of Sardinia, Kamose, Charlotte, Grand Duchess of Luxembourg, and Bona Sforza.