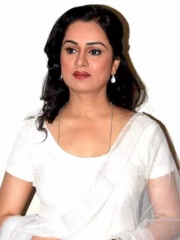 Padmini Kolhapure (born 1 November 1965) is an Indian actress and singer, who works primarily in Hindi films. She began acting in 1972 at the age of 7, and her early works included Zindagi (1976) and Dream Girl (1977). She then had her breakthrough with the film Satyam Shivam Sundaram (1978), starring as Young Roopa. Read more on Wikipedia

Since 2007, the English Wikipedia page of Padmini Kolhapure has received more than 2,425,574 page views. Her biography is available in 16 different languages on Wikipedia making her the 8,012th most popular actor.