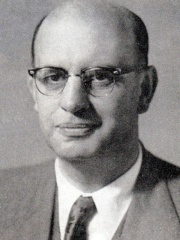 Pieter Willem Botha, (Afrikaans pronunciation: [ˈpitər ˈvələm ˈbuəta]; 12 January 1916 – 31 October 2006), commonly known as P. W. and Afrikaans: Die Groot Krokodil (The Great Crocodile), was a South African politician. He served as the last Prime Minister from 1978 to 1984 and the first executive State President from 1984 to 1989. First elected to Parliament in 1948, Botha was an outspoken opponent of black majority rule and international communism. Read more on Wikipedia

P. W. Botha was a South African politician who served as the country's prime minister from 1978 to 1989. He is most famous for his role in the apartheid system, which he oversaw as prime minister.

Among politicians, P. W. Botha ranks 2,620 out of 15,710. Before him are Nicola Amati, Zhao Gao, Robert IV of Sablé, Abdurrahman Wahid, Huneric, and Ferdinand Karl, Archduke of Austria-Este. After him are Sigebert I, Henry the Young King, Fritigern, Michal, Emund the Old, and Wilhelmine of Prussia, Queen of the Netherlands.