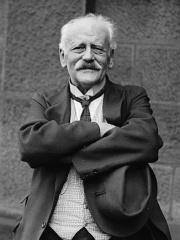 Otto Stapf FRS (23 April 1857, in Perneck near Bad Ischl – 3 August 1933, in Innsbruck) was an Austrian born botanist and taxonomist, the son of Joseph Stapf, who worked in the Hallstatt salt-mines. He grew up in Hallstatt and later published about the archaeological plant remains from the Late Bronze- and Iron Age mines that had been uncovered by his father. Stapf studied Botany in Vienna under Julius Wiesner, where he received his PhD with a dissertation on cristals and cristalloids in plants. Read more on Wikipedia

Since 2007, the English Wikipedia page of Otto Stapf has received more than 14,537 page views. Her biography is available in 16 different languages on Wikipedia making her the 463rd most popular biologist.