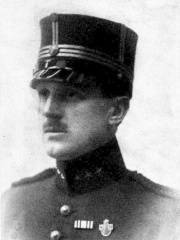 Torsten Oswald Magnus Holmberg (17 July 1882 – 11 February 1969) was a Swedish gymnast and tug of war competitor who participated in the 1908 Summer Olympics and in the 1912 Summer Olympics.He was part of the Swedish team, which was able to win the gold medal in the gymnastics men's team event in 1908. Read more on Wikipedia

Since 2007, the English Wikipedia page of Oswald Holmberg has received more than 6,856 page views. His biography is available in 15 different languages on Wikipedia. Oswald Holmberg is the 55th most popular gymnast.

Among gymnasts, Oswald Holmberg ranks 55 out of 181. Before him are Haruhiro Yamashita, Karin Lindberg, Romeo Neri, Carl Holmberg, Daniel Norling, and Mikhail Voronin. After him are Per Bertilsson, Erzsébet Gulyás-Köteles, Gösta Åsbrink, Adolf Spinnler, Larisa Petrik, and Svetlana Khorkina.