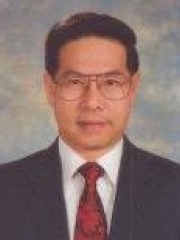 Ong Teng Cheong (Chinese: 王鼎昌; pinyin: Wáng Dǐngchāng; Pe̍h-ōe-jī: Ông Tíng-chhiong; 22 January 1936 – 8 February 2002), was a Singaporean politician and architect who was the fifth president of Singapore & the commander-in-chief of the Singapore Armed Forces from 1993 to 1999 when former president Wee Kim Wee stepped down from the position . Ong was Singapore's first president elected by popular vote, serving a six-year term from 1 September 1993 to 31 August 1999 after winning the 1993 Singaporean presidential election with 58.69% of the valid votes cast and he was named as People's President among the people. Ong was sworn in as president on 1 September 1993.A member of the governing People's Action Party (PAP), Ong was the Deputy Prime Minister of Singapore on 2 January 1985 till 1 September 1993 when former deputy prime minister S. Rajaratnam stepped down from position. Read more on Wikipedia

Since 2007, the English Wikipedia page of Ong Teng Cheong has received more than 314,215 page views. His biography is available in 21 different languages on Wikipedia making him the 327th most popular architect.