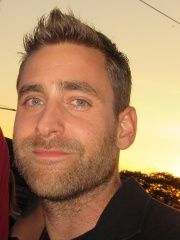 Oliver Mansour Jackson-Cohen (born 24 October 1986) is an English film actor and model. He is best known for his role as Adrian Griffin in the 2020 remake of The Invisible Man and for his role in the Netflix television programme The Haunting of Hill House (2018), as well as its second series, titled The Haunting of Bly Manor (2020). He also had a recurring role in the 2013 television series Dracula. Read more on Wikipedia

Since 2007, the English Wikipedia page of Oliver Jackson-Cohen has received more than 2,540,634 page views. His biography is available in 16 different languages on Wikipedia making him the 7,540th most popular actor.