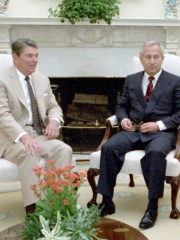 Oleg Antonovich Gordievsky, CMG (Оле́г Анто́нович Гордие́вский; born 10 October 1938) is a former colonel of the KGB who became KGB resident-designate (rezident) and bureau chief in London, and was a double agent, providing information to the British Secret Intelligence Service (MI6) from 1974 to 1985. After being recalled to Moscow under suspicion, he was exfiltrated from the USSR in July 1985 under a plan code-named Operation Pimlico. Read more on Wikipedia

Among people born in 1938, Oleg Gordievsky ranks 139. Before him are Arsen Dedić, David Lane, Shotaro Ishinomori, Paul Andreu, William B. Davis, and Lill-Babs. After him are Félix Mourinho, Anne Perry, Ivan Sutherland, Manuel Sanchís Martínez, Per Kirkeby, and Tatsuya Shiji.