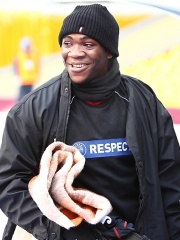 Ola John (born 19 May 1992) is a Dutch professional footballer who plays for Portuguese club Vitória S.C. as a left winger. A product of FC Twente's youth system, he played with their first-team from 2010 to 2012 before joining S.L. Benfica. Amid a 2014 loan to Hamburger SV for half a season, he played regularly at Benfica in the seasons of 2012–13 and 2014–15. Afterwards, he was loaned out to Reading F.C., Wolverhampton Wanderers F.C. Read more on Wikipedia

Since 2007, the English Wikipedia page of Ola John has received more than 272,250 page views. His biography is available in 20 different languages on Wikipedia making him the 7,955th most popular soccer player.