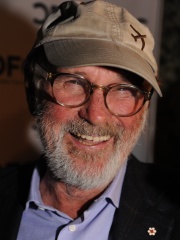 Norman Frederick Jewison (born July 21, 1926) is a Canadian retired film director, producer, screenwriter and founder of the Canadian Film Centre. He has directed numerous feature films and has been nominated for the Academy Award for Best Director three times in three separate decades for In the Heat of the Night (1967), Fiddler on the Roof (1971) and Moonstruck (1987). Other highlights of his directing career include The Cincinnati Kid (1965), The Russians Are Coming, the Russians Are Coming (1966), The Thomas Crown Affair (1968), Jesus Christ Superstar (1973), Rollerball (1975), F.I.S.T. Read more on Wikipedia

Among FILM DIRECTORS In Canada