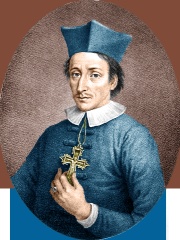 Niels Steensen (Danish: Niels Steensen; Latinized to Nicolaus Steno or Nicolaus Stenonius; 1 January 1638 – 25 November 1686 [NS: 11 January 1638 – 5 December 1686]) was a Danish scientist, a pioneer in both anatomy and geology who became a Catholic bishop in his later years. Steensen was trained in the classical texts on science; however, by 1659 he seriously questioned accepted knowledge of the natural world. Importantly he questioned explanations for tear production, the idea that fossils grew in the ground and explanations of rock formation. Read more on Wikipedia

Nicolas Steno was a Danish anatomist and geologist who is most famous for his work on the structure of the human skull.

Among GEOLOGISTS In Denmark

Among geologists born in Denmark, Nicolas Steno ranks 1. After him are Inge Lehmann (1888).