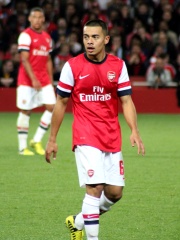 Li Ke (Chinese: 李可; pinyin: Lǐ Kě; born Nicholas Harry Yennaris, 24 May 1993) is a British-born Chinese professional footballer formerly known as "Nicholas Harry Yennaris" who plays as a defensive midfielder for Beijing Guoan and the China national team. He began his career in the academy at Premier League club Arsenal and came to prominence in the Football League with Brentford. Li has been described as a "rugged, all action defensive player, with a positive, winning mentality" and won 10 caps for England between U17 and U19 level. Read more on Wikipedia