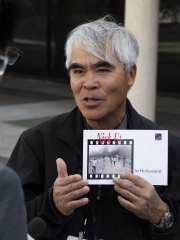 Huỳnh Công Út, known professionally as Nick Ut (born March 29, 1951), is a Vietnamese-American photographer for the Associated Press (AP) who works out of Los Angeles. He won both the 1973 Pulitzer Prize for Spot News Photography and the 1973 World Press Photo of the Year for "The Terror of War", depicting children in flight from a napalm bombing during the Vietnam War. His best-known photo features a naked 9-year-old girl, Phan Thị Kim Phúc, running toward the camera from a South Vietnamese napalm strike that mistakenly hit Trảng Bàng village instead of nearby North Vietnamese troops. Read more on Wikipedia

Most Popular Photographers in Wikipedia

Among PHOTOGRAPHERS In Vietnam