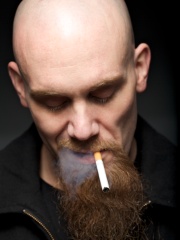 Nick Steven Oliveri (born October 21, 1971) is an American multi-instrumentalist, singer and songwriter from Los Angeles, California. He is perhaps best known as a former member of Kyuss and later Queens of the Stone Age from 1998 to 2004. Oliveri is also a solo artist and frequent contributor to his friends' albums and tours, including Winnebago Deal, Mark Lanegan Band, Masters of Reality, Turbonegro and Moistboyz, among many others. Read more on Wikipedia

Among singers, Nick Oliveri ranks 2,386 out of 3,541. Before him are Masaki Aiba, Florence Welch, Sara Tavares, Jermaine Stewart, Sabrina, and Alan Dawa Dolma. After him are Tanya Tucker, Louane, Slick Rick, Paul Banks, Shy'm, and Sizzla.