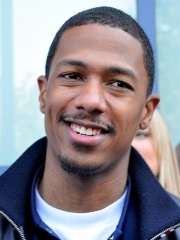 Nicholas Scott Cannon (born October 8, 1980) is an American comedian, rapper, and television host. On television, Cannon began as a teenager on All That before going on to host The Nick Cannon Show, Wild 'n Out, America's Got Talent, Lip Sync Battle Shorties and The Masked Singer. He acted in the films Drumline, Love Don't Cost a Thing and Roll Bounce. As a rapper he released his debut self-titled album in 2003 with the single "Gigolo", a collaboration with singer R. Read more on Wikipedia

Since 2007, the English Wikipedia page of Nick Cannon has received more than 10,839,888 page views. His biography is available in 26 different languages on Wikipedia making him the 6,475th most popular actor.