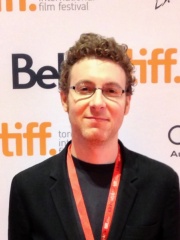 Nicholas Britell (born October 17, 1980) is an American composer, pianist, and film producer based in New York City. He has scored both of Barry Jenkins's studio films, Moonlight (2016) and If Beale Street Could Talk (2018), both of which received nominations for Best Original Score at the Academy Awards. He has also worked with Adam McKay, scoring his two most recent films, The Big Short (2015) and Vice (2018). Read more on Wikipedia

Among composers, Nicholas Britell ranks 1,225 out of 1,228. Before him are Judith Weir, Brett Dean, Murray Gold, Marcus Paus, Kailash Kher, and Oneohtrix Point Never. After him are Pritam, Yo Yo Honey Singh, and Alma Deutscher.