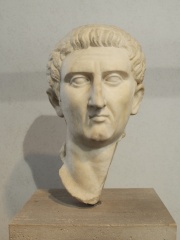 Nerva (; originally Marcus Cocceius Nerva; 8 November 30 – 27 January 98) was Roman emperor from 96 to 98. Nerva became emperor when aged almost 66, after a lifetime of imperial service under Nero and the succeeding rulers of the Flavian dynasty. Under Nero, he was a member of the imperial entourage and played a vital part in exposing the Pisonian conspiracy of 65. Read more on Wikipedia

Nervous system is the system of nerves that transmits signals from the brain to the rest of the body.

Page views of Nervas by language

Among politicians, Nerva ranks 342 out of 15,577. Before him are Henry IV, Holy Roman Emperor, Yitzhak Rabin, Alexander Dubček, Elagabalus, Philip III of Spain, and Victor Emmanuel III of Italy. After him are Constantine XI Palaiologos, Joachim Murat, Abbas the Great, François Mitterrand, Muhammad Ali of Egypt, and Charles V of France.