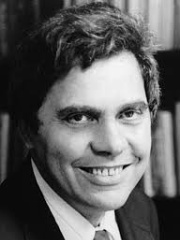 Neil Postman (March 8, 1931 – October 5, 2003) was an American author, educator, media theorist and cultural critic, who eschewed technology, including personal computers in school and cruise control in cars, and is best known for twenty books regarding technology and education, including Amusing Ourselves to Death (1985), Conscientious Objections (1988), Technopoly: The Surrender of Culture to Technology (1992), The Disappearance of Childhood (1994), and The End of Education: Redefining the Value of School (1995). Read more on Wikipedia

Among writers, Neil Postman ranks 2,024 out of 5,794. Before him are Gaston Paris, Matthew Arnold, James M. Cain, Eliza Orzeszkowa, Gottschalk of Orbais, and Julian Tuwim. After him are Oscar Milosz, Ahad Ha'am, Elizabeth Siddal, Margaret Fuller, Mohammad-Hossein Shahriar, and Sirindhorn.