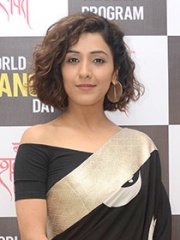 Neeti Mohan (born 18 November 1979) is an Indian singer. She sings mainly in Hindi films, but has also done songs in Marathi, Tamil, Telugu, Kannada, Bengali, Punjabi, and English. Born in Delhi, she was one of the winners of the Channel V's reality show Popstars, subsequently being chosen for Aasma, with other winners of the show. Read more on Wikipedia

Since 2007, the English Wikipedia page of Neeti Mohan has received more than 3,740,995 page views. Her biography is available in 15 different languages on Wikipedia making her the 2,945th most popular singer.

Among singers, Neeti Mohan ranks 2,960 out of 3,001. Before her are Giannis Karagiannis, Nicola Roberts, Prakash Neupane, Michael Rice, Juice Wrld, and Yo Gotti. After her are Lisa Andreas, Bryson Tiller, Brooke Candy, Angel Haze, Ruben Studdard, and Kimberley Walsh.