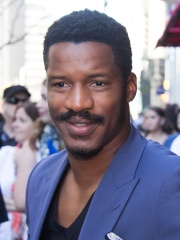 Nate Parker (born November 18, 1979) is an American actor and filmmaker. He has appeared in Beyond the Lights, Red Tails, The Secret Life of Bees, The Great Debaters, Arbitrage, Non-Stop, Felon, and Pride. Parker's directorial debut feature film, The Birth of a Nation, in which he also starred, made history at the 2016 Sundance Film Festival when Fox Searchlight Pictures acquired the distribution rights for $17.5 million, breaking the record for the most paid for a Sundance Film Festival production, surpassing Little Miss Sunshine, which had been acquired by Searchlight for $10 million ten years earlier. Read more on Wikipedia