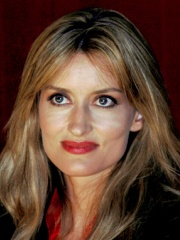 Natasha Abigail Taylor (born 14 December 1969), known professionally as Natascha McElhone (), is an English actress. She is a graduate of the London Academy of Music and Dramatic Art. In film, she is best known for her roles in Ronin (1998), The Truman Show (1998) and Solaris (2002). Read more on Wikipedia

Since 2007, the English Wikipedia page of Natascha McElhone has received more than 4,930,934 page views. Her biography is available in 34 different languages on Wikipedia making her the 2,705th most popular actor.

Among actors, Natascha McElhone ranks 2,666 out of 8,832. Before her are Colleen Dewhurst, Lars Mikkelsen, Ariadna Gil, Alexis Bledel, Arielle Dombasle, and Mildred Natwick. After her are Jacques Sernas, James Denton, Will Rogers, Benedict Wong, Sanjeev Kumar, and Shemar Moore.