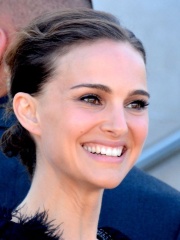 Natalie Portman (born Natalie Hershlag, Hebrew: נטע-לי הרשלג, (1981-06-09)June 9, 1981) is an Israeli-born American actress. She has had a prolific film career since her teenage years and has starred in various blockbusters and independent films, receiving multiple accolades, including an Academy Award and two Golden Globe Awards. Portman began her acting career at age twelve, when she starred as the young protégée of a hitman in the action film Léon: The Professional (1994). Read more on Wikipedia

Natalie Portman is most famous for being an actress and a director. She has starred in many films such as the Star Wars prequels, Black Swan, and V for Vendetta.