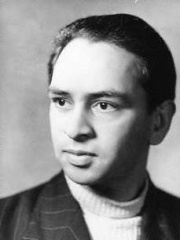 Mulk Raj Anand (12 December 1905 – 28 September 2004) was an Indian writer in English, notable for his depiction of the lives of the poorer castes in traditional Indian society. One of the pioneers of Indo-Anglian fiction, he, together with R. K. Narayan, Ahmad Ali and Raja Rao, was one of the first India-based writers in English to gain an International readership. Anand is admired for his novels and short stories, which have acquired the status of classics of modern Indian English literature; they are noted for their perceptive insight into the lives of the oppressed and for their analysis of impoverishment, exploitation and misfortune. Read more on Wikipedia

Since 2007, the English Wikipedia page of Mulk Raj Anand has received more than 677,204 page views. His biography is available in 27 different languages on Wikipedia making him the 4,456th most popular writer.