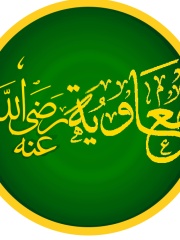 Mu'awiya I (Arabic: معاوية بن أبي سفيان, romanized: Muʿāwiya ibn Abī Sufyān; c. 597, 603 or 605–April 680) was the founder and first caliph of the Umayyad Caliphate, ruling from 661 until his death. He became caliph less than thirty years after the death of the Islamic prophet Muhammad and immediately after the four Rashidun ('rightly-guided') caliphs. Read more on Wikipedia

Muawiyah I was the first caliph of the Umayyad dynasty, which ruled from 661 to 750 CE. He is most famous for his military prowess and his expansion of the Muslim empire.

Page views of Muawiyah IS by language

Among politicians, Muawiyah I ranks 313 out of 15,577. Before him are Solon, Louis XVIII of France, Sargon of Akkad, Viktor Yanukovych, Park Chung-hee, and Christina, Queen of Sweden. After him are Haile Selassie, Lee Kuan Yew, Charles VI of France, Ertuğrul, Matthias Corvinus, and Godfrey of Bouillon.

Among people born in 603, Muawiyah I ranks 1. After him are Queen Seondeok of Silla, Umm Kulthum bint Muhammad, Yeon Gaesomun, Kʼinich Janaabʼ Pakal, and Abu al-Aswad al-Du'ali. Among people deceased in 680, Muawiyah I ranks 2. Before him is Husayn ibn Ali. After him are Abbas ibn Ali, Princess Wencheng, Abdullah ibn Ja'far, Balthild of Chelles, Bhāskara I, Hilda of Whitby, and Cædmon.