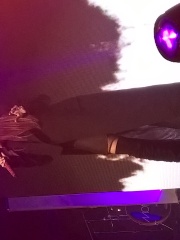 Monica Denise Arnold (formerly Brown; born October 24, 1980) is an American singer, rapper and actress. Born and raised in College Park, Georgia, she began performing as a child and became part of a traveling gospel choir at the age of ten. Monica rose to prominence after she signed with Rowdy Records in 1993 and released her debut album Miss Thang two years later. Read more on Wikipedia

Page views of Monicas by language

Among singers, Monica ranks 3,054 out of 3,541. Before her are Willa Ford, Leo, Danny O'Donoghue, Terje Bakken, Roxen, and Filipa Sousa. After her are Julia Michaels, Jessie Ware, May J., David Archuleta, Jhené Aiko, and Laura Rizzotto.