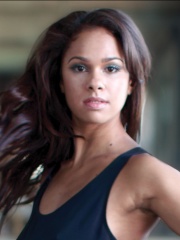 Misty Danielle Copeland (born September 10, 1982) is an American ballet dancer for American Ballet Theatre (ABT), one of the three leading classical ballet companies in the United States. On June 30, 2015, Copeland became the first African American woman to be promoted to principal dancer in ABT's 75-year history.Copeland was considered a prodigy who rose to stardom despite not starting ballet until the age of 13. Two years later, in 1998, her ballet teachers, who were serving as her custodial guardians, and her mother, fought a custody battle over her. Read more on Wikipedia

Among dancers, Misty Copeland ranks 97 out of 76. Before her are Polina Semionova, Rozonda Thomas, Melody Thornton, Ulyana Lopatkina, Wade Robson, and Darcey Bussell.

Among DANCERS In United States