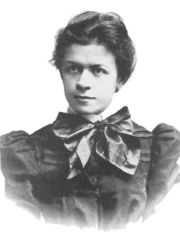 Mileva Marić (Serbian Cyrillic: Милева Марић; December 19, 1875 – August 4, 1948), sometimes called Mileva Marić-Einstein or Mileva Marić-Ajnštajn (Serbian Cyrillic: Милева Марић-Ајнштајн), was a Serbian physicist and mathematician and the first wife of Albert Einstein from 1903 to 1919. She was the only woman among Einstein's fellow students at Zürich's Polytechnic and was the second woman to finish a full program of study at the Department of Mathematics and Physics. Marić and Einstein were collaborators and lovers and had a daughter Lieserl in 1902, whose fate is unknown. Read more on Wikipedia

Since 2007, the English Wikipedia page of Mileva Marić has received more than 2,951,401 page views. Her biography is available in 50 different languages on Wikipedia making her the 26th most popular companion.

Among companions, Mileva Marić ranks 25 out of 586. Before her are Lucretia, Ankhesenamun, Olympias, Joseph Bonaparte, Messalina, and Aspasia. After her are Theodora, Jane Seymour, Caroline of Ansbach, Madame du Barry, Queen Silvia of Sweden, and Klara Hitler.