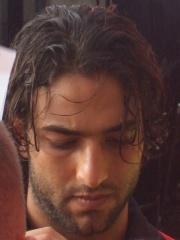 Ahmed Hossam Hussein Abdelhamid Wasfy (Arabic: أحمد حسام حسين عبد الحميد وصفي; born 23 February 1983), publicly known as Mido, is an Egyptian football manager and former player who played as a striker. Mido started his career with Zamalek in Egypt in 1999. He left the club for Gent of Belgium in 2000, where he won the Belgian Ebony Shoe. Read more on Wikipedia

Since 2007, the English Wikipedia page of Mido has received more than 41,923 page views. His biography is available in 33 different languages on Wikipedia. Mido is the 2,608th most popular soccer player (down from 2,452nd in 2019), the 434th most popular biography from Egypt (down from 379th in 2019) and the 7th most popular Egyptian Soccer Player.

Page views of Midos by language

Among soccer players, Mido ranks 2,608 out of 16,923. Before him are Pavel Vrba, Rafinha, Mimis Domazos, Luisão, Rubén Pagnanini, and Marco Delvecchio. After him are Marta, Tihomir Ognjanov, Roberto Anzolin, Alberto Zozaya, Sam Allardyce, and Ian Wright.