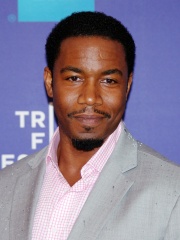 Michael Richard Jai White (born November 10, 1967) is an American martial artist, actor and director. He is the first African American to portray a major comic book superhero in a major motion picture, having starred as Al Simmons, the protagonist in the 1997 film Spawn. Read more on Wikipedia

Since 2007, the English Wikipedia page of Michael Jai White has received more than 4,566,854 page views. His biography is available in 31 different languages on Wikipedia making him the 2,188th most popular actor.