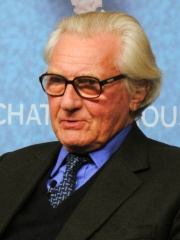 Michael Ray Dibdin Heseltine, Baron Heseltine, (; born 21 March 1933) is a British politician and businessman. Having begun his career as a property developer, he became one of the founders of the publishing house Haymarket. Read more on Wikipedia

Since 2007, the English Wikipedia page of Michael Heseltine has received more than 1,342,818 page views. His biography is available in 22 different languages on Wikipedia making him the 12,198th most popular politician.

Among politicians, Michael Heseltine ranks 12,106 out of 14,801. Before him are Li Changchun, Jonas Gahr Støre, Juan José Ibarretxe, Theodotus I of Constantinople, David Padilla, and Vlad Filat. After him are Prince William Henry, Duke of Gloucester and Edinburgh, Jayalalithaa, Louis McLane, Yun Chi-young, Karim Massimov, and José Azcona del Hoyo.