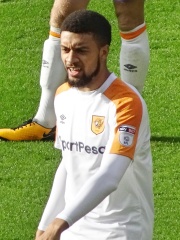 Michael Anthony James Hector (born 19 July 1992) is a professional footballer who plays as a centre back for Premier League club Fulham. Hector began his career in the youth teams at Millwall and Thurrock before moving to Reading in 2009 where he joined the Academy. In his first two seasons at the club he spent time on loan at a succession of non-league sides including Didcot Town, Oxford City and Horsham. Read more on Wikipedia

Since 2007, the English Wikipedia page of Michael Hector has received more than 733,096 page views. His biography is available in 17 different languages on Wikipedia making him the 12,159th most popular soccer player.