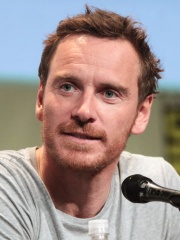 Michael Fassbender (born 2 April 1977) is an Irish-German actor and racing driver. His feature film debut was in the fantasy war epic 300 (2007) as a Spartan warrior; his earlier roles included various stage productions, as well as starring roles on television such as in the HBO miniseries Band of Brothers (2001) and the Sky One fantasy drama Hex (2004–05). He first came to prominence for his role as IRA activist Bobby Sands in Hunger (2008), for which he won a British Independent Film Award. Read more on Wikipedia

Since 2007, the English Wikipedia page of Michael Fassbender has received more than 19,064,188 page views. His biography is available in 59 different languages on Wikipedia making him the 935th most popular actor.