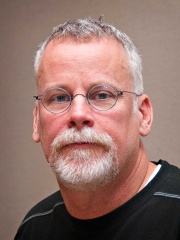 Michael Joseph Connelly (born July 21, 1956) is an American author of detective novels and other crime fiction, notably those featuring LAPD Detective Hieronymus "Harry" Bosch and criminal defense attorney Mickey Haller. Connelly is the bestselling author of 31 novels and one work of non-fiction, with over 74 million copies of his books sold worldwide and translated into 40 foreign languages. His first novel, The Black Echo, won the Mystery Writers of America Edgar Award for Best First Novel in 1992. Read more on Wikipedia

Since 2007, the English Wikipedia page of Michael Connelly has received more than 1,818,549 page views. His biography is available in 27 different languages on Wikipedia making him the 1,419th most popular writer.