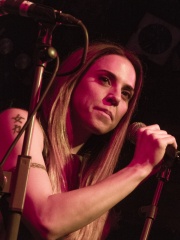 Melanie Jayne Chisholm (born 12 January 1974), better known as Melanie C or Mel C, is an English singer, best known as one of the five members of the Spice Girls, during which time she was nicknamed Sporty Spice. She rose to fame in 1996, releasing, in two years with the Spice Girls, two consecutive number-one albums, eight number-one singles from nine worldwide hits, the biggest-selling debut single of all time and the biggest-selling album in music history by a girl group, respectively with "Wannabe" atop in 37 countries with over seven million records, and Spice, which peaked at number one in more than 17 countries across the world, with over 31 million copies, as well as the second album Spiceworld with more than 20 million copies sold. Melanie C is known for her unique vocal prowess that helped shoot the Spice Girls to international stardom. Read more on Wikipedia