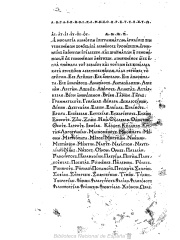 Maximus Planudes (Greek: Μάξιμος Πλανούδης, Máximos Planoúdēs; c. 1260 – c. 1305) was a Byzantine Greek monk, scholar, anthologist, translator, mathematician, grammarian and theologian at Constantinople. Through his translations from Latin into Greek and from Greek into Latin, he brought the Greek East and the Latin West into closer contact with one another. Read more on Wikipedia

Among philosophers, Maximus Planudes ranks 679 out of 1,089. Before him are Hermann Samuel Reimarus, Theodor Lessing, Hippo, Li Zhi, Étienne Balibar, and Arnold Ruge. After him are Volin, Mechthild of Magdeburg, Wolfhart Pannenberg, Nikephoros Blemmydes, Rudolph Goclenius, and Anniceris.

Among people born in 1260, Maximus Planudes ranks 11. Before him are Al-Ashraf Khalil, Matthew III Csák, Anna of Hungary, Al-Said Barakah, Agnes of France, Duchess of Burgundy, and Lloque Yupanqui. After him are Khutulun, Bartolomeo Gradenigo, Cecco Angiolieri, and John II of Jerusalem. Among people deceased in 1305, Maximus Planudes ranks 11. Before him are Roger de Flor, Guy, Count of Flanders, Moses de León, Roger of Lauria, Nicholas of Tolentino, and Jean de Meun. After him are Emperor Kameyama and John II, Duke of Brittany.