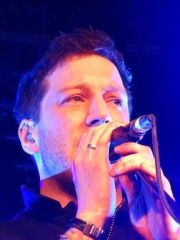 Matthew Sheridan Cardle (born 15 April 1983) is an English singer and songwriter. Cardle was born in Southampton and grew up in Halstead, Essex. Cardle has been involved in music since his early teens and has been a member of two different bands; Darwyn and Seven Summers. Read more on Wikipedia

Since 2007, the English Wikipedia page of Matt Cardle has received more than 855,911 page views. His biography is available in 17 different languages on Wikipedia making him the 2,212th most popular musician.

Among musicians, Matt Cardle ranks 2,218 out of 2,258. Before him are Greyson Chance, Andy C, Wolfgang Van Halen, Tay Zonday, Kevin Rudolf, and Nina Gordon. After him are Katy B, Neko Case, Flume, Agnete Johnsen, Ty Segall, and Danja.