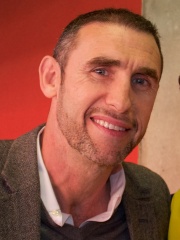 Martin Raymond Keown (; born 24 July 1966) is an English football pundit and former professional footballer who played as a defender from 1984 to 2005, notably in the Premier League for Arsenal, where he made over 400 appearances for the club and won 10 honours. He also played for Brighton & Hove Albion, Aston Villa, Everton, Leicester City and Reading. Keown made his England debut in 1992 against France and went on to win 43 caps for the national side over the next 10 years, gradually forming a respected defensive partnership with Arsenal teammate Tony Adams at both club and international level. Read more on Wikipedia