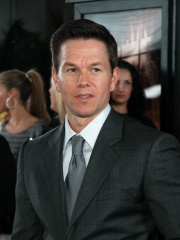 Mark Robert Michael Wahlberg (born June 5, 1971) is an American actor, producer, restaurateur and former rapper. He is also known by his former stage name Marky Mark from his career with the group Marky Mark and the Funky Bunch, with whom he released the albums Music for the People (1991) and You Gotta Believe (1992). Wahlberg transitioned from music to acting, with his screen debut in Renaissance Man (1994) and his first starring role in Fear (1996). Read more on Wikipedia

Since 2007, the English Wikipedia page of Mark Wahlberg has received more than 27,645,366 page views. His biography is available in 82 different languages on Wikipedia making him the 592nd most popular actor.