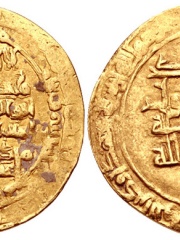 Mardavij (Gilaki/Persian: مرداویج‎: meaning "man assailant"), was a Gilaki prince, who established the Ziyarid dynasty, ruling from 930 to 935. Born to a Zoroastrian family native to Gilan, Mardavij was an anti-Muslim, who sought to revive the Sasanian Empire which was conquered in the 7th century by the Muslims. He first started his career by joining the army of his kinsman Asfar ibn Shiruya. Read more on Wikipedia

Since 2007, the English Wikipedia page of Mardavij has received more than 49,429 page views. Her biography is available in 16 different languages on Wikipedia making her the 10,579th most popular politician.

Page views of Mardavijs by language