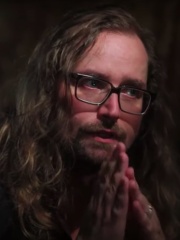 Marcus Nicolay Paus (pronounced [ˈmɑ̀rkʉs ˈpæʉs]; born 14 October 1979) is a Norwegian composer and one of the most performed contemporary Scandinavian composers. As a classical contemporary composer he is noted as a representative of a reorientation toward tradition, tonality and melody, and his works have been lauded by critics in Norway and abroad. His work includes chamber music, choral works, solo works, concerts, orchestral works, operas, symphonies and church music, as well as works for theatre, film and television. Read more on Wikipedia

Among composers, Marcus Paus ranks 1,222 out of 1,228. Before him are Osvaldo Golijov, Christopher Tin, Venetian Snares, Judith Weir, Brett Dean, and Murray Gold. After him are Kailash Kher, Oneohtrix Point Never, Nicholas Britell, Pritam, Yo Yo Honey Singh, and Alma Deutscher.

Among COMPOSERS In Norway