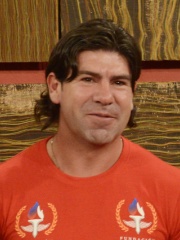 José Marcelo Salas Melinao (American Spanish: [maɾˈselo ˈsalas]; born 24 December 1974), dubbed El Matador ("The Killer" due to his goalscoring celebrations), El Fenómeno and Shileno, is a retired Chilean footballer who played as a striker. Salas is considered the best striker in the history of Chile and one of the best football players of all time in his country. He stood out during the 1990s and 2000s in clubs such as Universidad de Chile, River Plate , Lazio and Juventus. Read more on Wikipedia

Since 2007, the English Wikipedia page of Marcelo Salas has received more than 529,241 page views. His biography is available in 39 different languages on Wikipedia making him the 1,001st most popular soccer player.