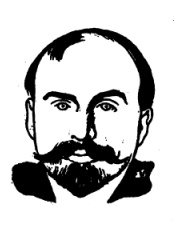 Mayer André Marcel Schwob, known as Marcel Schwob (23 August 1867 – 26 February 1905), was a French symbolist writer best known for his short stories and his literary influence on authors such as Jorge Luis Borges, Alfonso Reyes, Roberto Bolaño and Patricio Pron. He has been called a "precursor of Surrealism". In addition to over a hundred short stories, he wrote journalistic articles, essays, biographies, literary reviews and analysis, translations and plays. Read more on Wikipedia

Among writers, Marcel Schwob ranks 1,737 out of 5,794. Before him are Edward Plunkett, 18th Baron of Dunsany, Charles Paul de Kock, Jordan of Saxony, Marcel Reich-Ranicki, Ivana Brlić-Mažuranić, and Sebastian Haffner. After him are Baba Tahir, Kateb Yacine, Petros Markaris, Marquis de Custine, Nikephoros Bryennios the Younger, and Eustathius of Thessalonica.