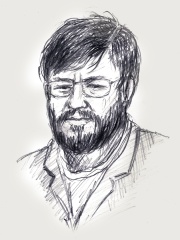 Marc Paul Alain Dutroux (French: [dytʀu]; born 6 November 1956) is a Belgian convicted serial killer, rapist, and child molester. Dutroux was convicted in 1989 for the abduction and rape of five young girls (with his then-wife Michelle Martin) and other accomplices. He was released on parole after three years in prison.In 1996, Dutroux was arrested on suspicion of having kidnapped, tortured and sexually abused six girls aged between 8 and 19, four of whom died. Read more on Wikipedia

Marc Dutroux is most famous for being a convicted serial killer and child molester who was arrested in 1996. He was convicted of the kidnapping, rape, and murder of five girls, as well as the rape and murder of four other girls.

Among EXTREMISTS In Belgium

Among extremists born in Belgium, Marc Dutroux ranks 1. After him are Perkin Warbeck (1474).