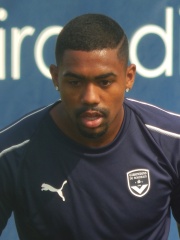 Malcom Filipe Silva de Oliveira (born 26 February 1997), or simply Malcom (Brazilian Portuguese: [ˈmawkõ]), is a Brazilian professional footballer who plays as a forward for Russian club Zenit Saint Petersburg. He is mostly deployed as a right winger. He began his career at Corinthians, making his professional debut in 2014 and winning the 2015 Campeonato Brasileiro Série A. In January 2016, he transferred to Bordeaux, where he played 96 total games and scored 23 goals over the next two-and-a-half years. Read more on Wikipedia

Since 2007, the English Wikipedia page of Malcom has received more than 33,180 page views. His biography is available in 41 different languages on Wikipedia (up from 39 in 2019). Malcom is the 3,641st most popular soccer player (down from 2,224th in 2019), the 665th most popular biography from Brazil and the 352nd most popular Brazilian Soccer Player.

Page views of Malcoms by language