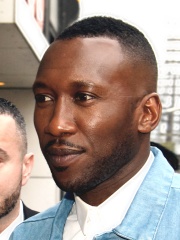 Mahershala Ali (; born Mahershalalhashbaz Gilmore, February 16, 1974) is an American actor. He has received multiple accolades, including two Academy Awards, a Golden Globe Award and a Primetime Emmy Award. Time magazine named him one of the 100 most influential people in the world in 2019, and in 2020, The New York Times ranked him among the 25 greatest actors of the 21st century.After pursuing an MFA degree from New York University, Ali began his career as a regular on television series, such as Crossing Jordan (2001–2002) and Threat Matrix (2003–2004), before his breakthrough role as Richard Tyler in the science fiction series The 4400 (2004–2007). Read more on Wikipedia