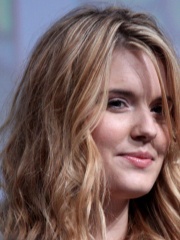 Margaret Grace Denig (born September 21, 1983) is an American actress and model. She is known for playing Shannon Rutherford on the ABC television series Lost (2004–2006; 2010), Kim Mills in the Taken trilogy (2008–2014), Irina in The Twilight Saga (2011–2012), and Althea Szewczyk-Przygocki in Fear The Walking Dead Grace earned a Young Artist Award nomination in 2002 with her portrayal of 15-year-old murder victim Martha Moxley in the television movie Murder in Greenwich. In 2004, she was cast as Shannon Rutherford in the television series Lost, on which she was a main cast member for the first two seasons, winning a Screen Actors Guild Award shared with the ensemble cast. Read more on Wikipedia