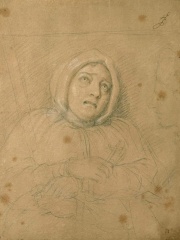 Marie-Madeleine d'Aubray, Marquise de Brinvilliers (22 July 1630 – 16 July 1676) was a French aristocrat who was accused and convicted of murdering her father and two of her brothers in order to inherit their estates. After her death, there was speculation that she poisoned upwards of 30 sick people in hospitals to test out her poisons, but these rumors were never confirmed. Her alleged crimes were discovered after the death of her lover and co-conspirator, Captain Godin de Sainte-Croix who saved letters detailing dealings of poisonings between the two. Read more on Wikipedia

Madame de Brinvilliers is most famous for being the first woman to be executed by the guillotine in France. She was convicted of poisoning her father and two brothers.

Among EXTREMISTS In France